We’ve decided to homeschool and though we haven’t mentioned to many people, we are usually asked why. I wanted to think through it and figured I’d post something here…

First off it’s NOT because we think kids can’t get a good education in public school. Also, it’s not really religious reasons.

1. We want to travel

We’d like to travel during the school year and an organized school of any kind makes that difficult. You have to make arrangements and plan the travel around school and plan school around travel.

I’ve been freelance for 7 years now and only in the first two were neither boy in school. But they were both very young which can be difficult for travel also.

Once they got older and I was still freelancing, it was their schedule that made travel tough.

We’ll see how it goes. I have a feeling we’re being a bit naive that we’ll be able to travel and me still work. We do trips now for a week to a month during the Summer and I work. But that’s one place. We’re planning on doing major road trips. #Skeered

I know we won’t be giving science lessons while driving. “Here’s how inertia works kids. Take off your seat belts and I’ll hit the brakes!” But wouldn’t it be great to be AT the Grand Canyon while studying the Grand Canyon!?!?! I know – I’m dreaming. But there’s a new saying “Dreamers can make everything awesome easily… and fat-free!” Feel free to quote me at attribution.

The boys school they’ve gone to since kindergarten was GREAT. But it’s not the ideal location for us. It’s down the interstate which means traffic. This interstate is now under MAJOR construction and is likely to be so for years to come. I estimate they’ll finish it just as we get mass produced flying cars and won’t need it. 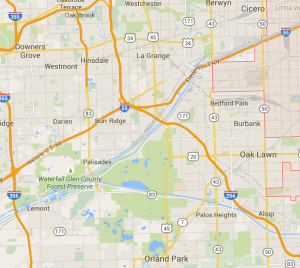 We are generally more involved with people, church, community, friends, etc. north of us – it’s where my wife was born. However, the school is south of us and most other kids there are south of the school. It makes for a lot of driving “the wrong way.”

When the boys get older, they’ll only be more involved and eventually drive themselves. We see the writing on the walls. Not in the school… I mean we see what’s coming in a few years: more driving “the wrong way” and eventually them driving that way.

Not a monumental reason in some senses, but in others it is. We (meaning my wife mostly) drive about 1.5 – 2 hours per day going back and forth to school. We can pretty much DO school in that amount of time.

Granted we could take them to the school that’s close, but we very intentionally chose their school despite the location and love it. But now things (traffic, situations, motivations, etc.) have changed. If things don’t work out with homeschooling, they’re likely to go back as anything else. We might be asking “why homeschooling!?!?” We’re even using the same curriculum they use there both because they’re use to it and if they go back, they’ll be right in place… and it’s a good curriculum.

We want to savor every minute with our kids. I know everyone does including us! We know we need our time away and will plan that in. Also, I do need to work so we’ll plan around that too. We’re in for trouble in a lot of ways and just asking for it.

However, we want to spend as much time with our kids as we can. Granted we want them to be independent too – we don’t want them to ONLY spend time with us. But I think the modern notions of raising kids is a far cry from what everyone did for millennium. Public school is a very modern creation. Before that it was very different and usually based around the family or a small group of families. 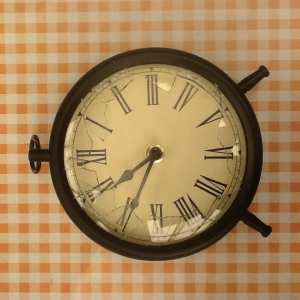 Whoa! Don’t start thinking I’m getting all Amish up in here. Amish wouldn’t probably even say “up in here.” Maybe they would, but for our purposes here we’ll assume they wouldn’t… and I just did… so… there you go.

The point is, I think time with our kids is valuable. I want more of it. They’ll still get plenty of time without me now and in the future. I think in the last several decades we’ve heard more and more about kids being neglected, raised on TV and down right abandoned. I haven’t heard too many issues or seen “after school specials” (showing my age) about the “Kid Who Spent Too Much Time With Dad” and had a drug problem because of it.

I heard a child counselor quoted one time saying “Give me a kid that’s spoiled and 2 weeks and he’ll be fine. But give me a kid that was neglected and I can get him functional.” The point is, I really think the “too much time” argument is a knee-jerk reaction by society flooded with the fear of kids being sheltered and such. The homeschool kids I know are fine if not more well adjusted than… me. 😉

Again, in the not-so-distant past “homeschooling” was just “schooling” for the most part. Granted universities and such have been around for a long time, but most people didn’t go. That doesn’t mean it’s bad, but just it seems people consider “public school” as the default and why consider anything else?

I’d like to be more involved in my kids’ school. Most parents are very involved and I don’t mean to say they’re not. I am too. However, I’d like to actually teach them. I think it would be fun and interesting.

Again, kids can get a great education going to public school. Depending on the kid, parents, teachers and school it might be more or less work. And that’s true at any school. “I went to public school and I turned out great” – I can (somewhat) say that. Not sure about “great” but I’m fine. However, that doesn’t mean I couldn’t have been better (or worse) somewhere else.

But I will say, I don’t like the idea of defaulting just about any societal practice to the government. BOOM! Yep, I said it. I went political. Actually, I didn’t, but that’s how most will read it. Democrat or Republican or anyone else – I don’t want to leave education, health, religion, etc. to them. I don’t think they have a great track record running things… in general.

Something At the Bottom

This isn’t a summary or conclusion so I named it “something at the bottom.” We have the above reasons and other related stuff, but mostly it’s just something we want to do. Who knows if we’ll do it for a month, a year or longer. But we like to experience different things and this is one of the and now is the time to do it.

The intention is to do it for a year and see how it goes. I think if people thought of it as a “year at sea” (but a “year on the road… a good bit of the time but not all the time”) maybe they could swallow it better.

We have lots of friends doing it and others that have considered it. When you warm up to the idea, you get past the default reasons against it. When I stop and think about things like that, I tend to see them fresh and have a new prospective on it. Then it becomes a “why not?” more than a “why would you do that?”

We have two cars, but if we lived in the middle of town, I might consider getting rid of one. Why not? But otherwise, I wound’t consider it and it would seem crazy!

I met a college kid last week at a client site in Virginia. We talked for a while. He was doing an internship there (major app development company). He was probably the most socially well-adjusted person in the company. 🙂 He was homeschooled all the way through.

He even played basketball at the local high school on the team. Some times people doing things differently are welcome. Why not? (I’m sure his parents’ taxes helped pay for it all anyway.)