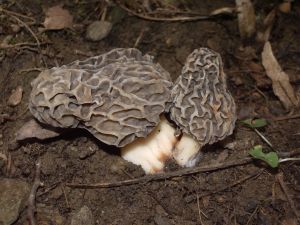 In chapter 16, we see the Day of Atonement – an annual sacrifice for the people. One goat dies for sins and the other is sent away never to be seen again. This chapter separates the shadow of God’s commanded holiness (the symbols, ceremonies, sacrifices, etc.) from the reality (morals, etc.).

The difference being that the previous chapters are meant to by symbolic of our lives – how we get right with God, how our sin is seen by Him and dealing w/ things like leprosy. There’s nothing “wrong” w/ having leprosy – it’s not a sin. But His people are to be clean (in all ways).

Dietary laws fall into this too – eating a catfish doesn’t affect your soul. It’s keeping your body clean, you clean, separate from the pagans.

But starting in chapter 17 we see more tangible things. The first one is don’t eat the blood of an animal – sounds like don’t eat catfish. The distinction is that the reason here is b/c that’s what the people of the land did – they had lots of practices meant to give them strength or healing or similar. Don’t be like them.

Similarly, no incest, child sacrifice, homosexuality nor bestiality. Again, pagan practices they are not meant to do. Moral laws that don’t change when Jesus comes and dies for the people.

“Be nice” is always true.

When Jesus comes, He declares all food clean (no more dietary law) and He is the final sacrifice (more more ceremonial law), but morals are always applicable (don’t sacrifice your kids).

BTW, the pic is a type of mushroom called morels – it came up when I did a search and cdn’t pass it up.