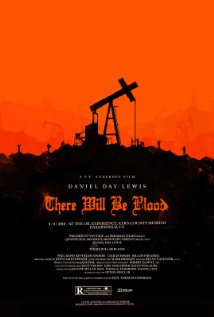 Greatness. Movie making at its best.

There’s a lot to this story but just the story is great. But the struggles with issues like family, competition, personal demons, religion, etc. are very powerful.

The intensity of this movie is possibly matched, but hard to say it’s topped by anything else.

Daniel claims to be a oil man w/ a “family” business though we know (and he admits later) that it’s just for show. However, when he thinks his brother shows up, he picks him over all his loyal employees to work with him and see his personal side: “I have a competition in me. I want no one else to succeed. I hate most people.”

He accepts “salvation” for business purposes (money/success) only to defeat his enemy later by having him deny his God for money… and then kills him. “I’m finished.”

It’s a tale of self destruction by the slowest most deceptive means possible: winning.

What does it profit a man to gain the whole world, but lose his soul.

Without love, I’m nothing.