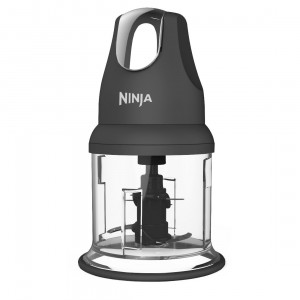 I’ve been making protein shakes in various forms for years. I used a bullet-type blender for most of that but now have the best…

It’s the Ninja Express Chop – it’s basically the same price as the one I used to use and so much better.

It has more power, larger container and the blade is great – it makes all the difference.

The reason it’s the best smoothie shake blender is that it makes my smoothies actually smooth!

I can put carrots, spinach, whole (small) oranges and so much more in there and it’s still smooth!

My shake recipe is my favorite and I’ve been working on it for years. I tried a variety of things in it and this blender does it perfectly. Sometimes I’ll put fruit or vegetables in it and it’s no problem. Also, I often use cottage cheese in my shakes and this turns it in cream basically. So good!

Also, when it’s ready, I drink out of the container. I like it better than the bullet-type blender cup. You have to remove the top and the blade, but then it’s fine. Now it’s not quite the cup 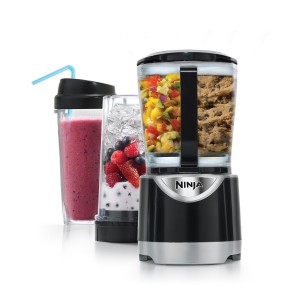 shape of the bullet cup, but I’m fine with that. I usually drink my shake right then. If you want to take it with you, you can pour it into another cup.

There’s also a larger packaging if you want the cup style version AND the blender style.

So for the price, use and mostly the smoothness, the Ninja Express Chop is the best smoothie shake blender!