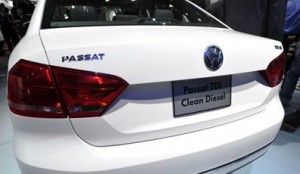 Admitted it… finally. It really bugs me how people/companies (Volkswagen) deny any wrongdoing until they can’t any longer. I mean, it’s terrible they’re doing what they’re doing but then also lying about it. It just makes it worse.

There’s some value in admitting the wrong without being caught. I guess there’s got to be better words for it. If you weren’t caught, maybe that’s called confessing? But if your’e caught then it’s admitting it???

So I guess they’re admitting they lied AND they cheated.

I’d also bet the decisions for whatever they’re doing is 99.999999999% directed by $$$. They have some spreadsheet that tells them that if they don’t fight this, it will eventually make more money (or lose less). And they’re losing TONS in stocks and eventual fines, I’m certain.

But the spin on all of it is: “we’ll do whatever it takes to win the sales… I mean trust back.”

What would win my trust back is if they confessed all the other things they’re doing. They only reason they’re admitting to this is because they got caught. And it was somewhat of an accident they got caught. They were too good. Tests were being done to use VW as the high-bar example of how to be efficient and environmental.

However, their cheat didn’t come into play for the way those other tests are done. Oops.

It’s the same with politicians. No admission until caught. Cheat, lie about cheating but when you’re caught, admit it and beg for forgiveness and try to be the victim somehow.

Companies do it all that time and I wish I’d see more outrage that not only they did something wrong, but they would still be doing it if they weren’t caught. Also, what else are they doing and just not caught yet?

Nobody’s perfect. We all make mistakes. But the things I’m talking about are the intentional things.