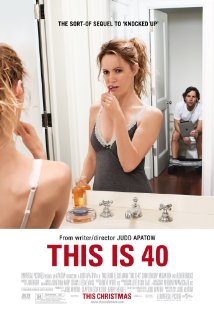 Well written and acted. I hate to say it, but it’s painfully close to true in many ways for me. Fortunately, it’s about 1% as intense (e.g., cussing, etc.) and I have a basis for eternal meaning (God) so I feel like these people are much more desperate a lost.

But there area lot of challenges they face that are conceptually the same as things I/we have faced w/ work, family, kids, etc.

They don’t know what they’re doing, they have a lot of pressure, they have conflict everywhere and they only really turn to one another as an after-thought. And even that seems temporal – I think 3 times in the movie they basically apologize and say things like “Let’s change” and “Let’s be better from now on.” It sounds good in the moment, but that’s about it.

Even the ending of the movie seems to be just another: I’ll never do it again, God. Moment. Similarly, her dad coming around and suddenly being this uber-grandpa – that’s probably the most far fetched thing in the movie.

But it’s character based and fairly well written and generally that can take a movie as far as it needs.