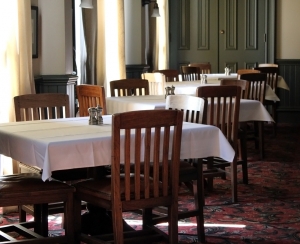 If a particular place goes under, you could argue the demand wasn’t there for it (among other things). And that some place later will “get it right” and succeed and that’s what’s right: the better one will make it. Or the “right” one will make it.

In some senses, that’s true. But food/restaurants are largely a matter of taste/opinion. So while one place may have better measurable aspects, it doesn’t matter b/c someone famous owns that one over there so people want to go there.

It’s too bad when places do some things well, but ultimately not enough of those things to stay in business. Maybe the food is good, but it’s not diverse enough to draw people in. Or the prices are good, but it’s out of the way.

If a great restaurant in all ways was 10 miles out in the middle of nowhere. There’s a good chance it would shut down and that would be “too bad.” It makes sense, but it’s too bad.

In these types of cases, there’s certainly some people who really liked it… maybe it was their favorite. But they were so in the minority, that they lose it forever. Tipping point.

Maybe if someone did a “cash mob” or they had better marketing or something it could have made it. Maybe 3 other restaurants will be there before one catches on. Then you could argue that this is what it took along, now someone got it right and now this is what’s best. Maybe.

Having owned a cafe before, I see the other side of it and know it’s a tough, tough game and sometimes you have to throw in the towel for various reasons that might have been avoided if you had more time. Who knows.