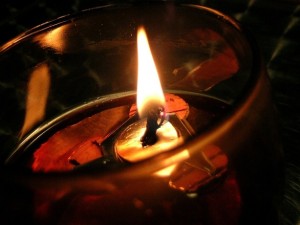 I was reading the parable of the virgins (Matthew 25) and the lamps. Jesus explains how they are prudent and it’s good. The non-prudent are described as foolish.

Then He talks about the parable of the talents and the abilities and responsibility of the servants.

Both cases speak to me a bit like “see! It’s good to be responsible! It’s better and right and godly!”

But I think at the same time it’s important to remember that the oil and the talents, while they are key to the parable, they aren’t the point.

For the virgins, the point was to be prudent and ready for His return at anytime. The oil was the object of them being prepared but even being prepared in and of itself isn’t the point. The point ultimately is what they are being prepared for: Him.

For the talents, it wasn’t the talents (the gospel) or making Him more money while He’s gone. It was being faithful and ultimately obeying and serving Him. And the basis of that is believing Him and loving Him.

So while we should be responsible that shouldn’t be the point. He is.

The virgins should be prepared and have the right amount of oil. But their point shouldn’t be about having oil but being ready for the groom.

I’ve had many cases where I get something, I save it for the right time or a special occasion which never comes. The thing became the point.

Other than collectors and such, cars are for transportation. If you make the point about the car and not getting places, you’re missing the point.

We tend to focus on getting to know the Bible more than the author.

So while being responsible is good, if we are trusting in that or even making it the point, we’re missing the point.

This should help us focus on the right thing but also be freeing – we don’t have to do it ourselves.

It’s like us having the kids help with the trash. It would get done without them. It’s not even about getting the trash together. It’s about teaching them to contribute and be responsible.

So if they started taking up the trash twice a day, we’d tell them that’s not necessary and not really the point.

If they started asking what else they could do and doing it without being told, we’d know they get the point.

I dig waking with the boys because we hang out and talk. If they started walking around the living room while watching tv thinking the walking is what made me happy, they’d be a bit off. If they started sleeping in their shoes so they could walk early, a bit off.

Walking is good but I want them to spend time with me (of course I want them to exercise and learn to take care of themselves- there are multiple points to the walking but I picked hanging out with them as the point for this).

God gives us things to do and tells us how to best to live. It’s not to get stuff done He can’t do. It’s not because He just loves us producing results.

It’s to show us what is good, what He is about. It’s to let us know Him better and grow to be more like Him.

If that’s what we look for in the things that happen, we’ll gain a lot more. And if we see the point in things as Him and not the things, if we trust and seek Him in being responsible and frugal, I think we will grow more and be freed from the burden of thinking it’s all up to us.