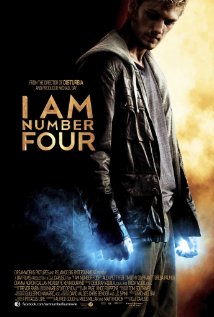 Meh. Decent action and s/fx but that can’t carry any movie. I like the idea of this a good bit, but it’s far too heavily influenced by a teenage theme and feel.

The idea that he’s someone special, finding it out (puberty), etc. is fairly classic, but also the idea that he’s a bit stubborn and rebellious is overplayed and mostly just annoying… unless you’re 14 probably.

I didn’t expect much and it delivered that.