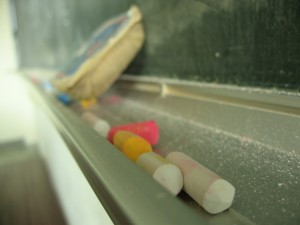 We took some time over the last few weeks to look over the homeschool subjects curriculum material and get a sense of it. Then we had to decide who’s teaching which subjects to whom.

We also decided that I’d teach our older son and she’d teacher our younger son. For their ages/grades, the subjects and schedules don’t line up much so trying to swap back and forth doesn’t help. Actually, it might hurt because we might end up waiting for each other a lot.

Plus, if we want to “do school” at the library one day or similar, it might really complicate things.

The books make it fairly straight forward as to how to progress and teach. However, when you firsts look at it, it can be pretty confusing. I have a feeling it’s the fog that will be lifted soon. Then we’ll join the chorus of people that say things like “The book just tells you everything to do.” But for now we’re like “But why isn’t it in English!?!?”

In general I’m pretty excited. I think learning the stuff (I’m sure there’s a ton I don’t know) will be fun. I’m trying to be realistic – I have a feeling there will be lots of frustration and loss of patience. But hopefully we’ll be flexible.

We’re also planning on some travel which may be foolish… be we’ll call it daring and adventurous for now. We just don’t know any better yet. 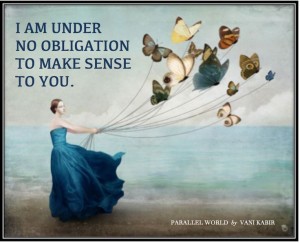 My assumption is that everyone would want to do this type of things: semester at sea, live overseas for a year, road trip around the US, open a restaurant, etc. However, I could be wrong – maybe they’ve learned their lesson from others. Maybe from me (see my ‘failed it’ series).

However, I think it’s just too “far out there” for most people. They think about doing it maybe even dream and talk about it, but there’s too much inertia.

Also, it’s somewhat “easy for me” to decide to do it because I’m independent/freelance. However, I think it’s probably more accurate to see that as a step in the overall progression that allowed this all to happen.

People say things like “you’re so lucky” but it’s just happen. I prefer to think I’m very blessed and that God caused and allowed things to happen to get here, but it wasn’t luck or fall into my lap.

So if you want something to happen, work towards it. If there’s a mutually exclusive situation (a plumber can’t really be a remote job), work towards changing that… if it’s worth it. Boom – key phrase there. You have to choose.

It can be scary to leave a job or take on homeschooling or so many other projects. I think some people want it but they’re waiting for the right time and keep putting it off until “someday.”

But “someday” never comes and there’s never a “good time” to do it. Count the cost, as Jesus says, and make the decision. Don’t buy the lie that you need X number of square feet of a house, or so many cars or cars that cost so much. I have no problem if you get a huge house and cars, but don’t blindly accept you need to upgrade to match (or exceed) your income.

Also, accept the consequences of your decisions. If you get a $40k car, don’t complain you can’t take a trip.