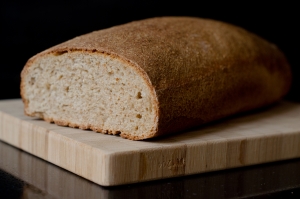 I know some people are legitimately sensitive to things and Chron’s is nothing to mess around with. But suddenly everyone is gluten intolerant… it’s seems so hip now.

However, very few people are actually sensitive and I believe most of the benefits to going gluten-free are by-products of the changes inherent in it.

I gave up fried food for Lent one year and it had huge benefits… I didn’t eat ANY fast food, chips, etc. Not going to fast-food places also meant I drank fewer soft drinks – it was as much the ancillary changes as the initial intent that provided the benefits.

Most new diet crazes tend to get dis-proven before long. Hang in there and sugar will be a health food again!

via Gluten Intolerance May Be Completely Fake: Study.

One Response to "Gluten Intolerance May Be Completely Fake: Study"