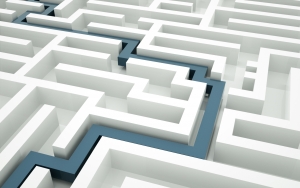 Chapter 49 is Jacob blessing his sons…

Jacob ends well – passes on blessing and looks towards the promise.

In chapter 50, they make good on their promise to bury him at home and even the Egyptians mourn greatly.

They go back, but Joseph’s brothers are scared he’ll come after them now that dad is gone. But Joseph explains that what they meant for evil, God meant for good – to provide and protect them.

How bad of a person are you that: despite how evil was the thing you tried to do, God still used it for good… so not only are you evil, but you’re a failure at it too! I’d probably say something like “You’re evil and a failure and I’d be scared of God, not me.”

But Joseph is beyond that. To him, it seems, that God is so good and b/c His plan was so awesome, everything is ok. Alls well that ends well??? Somehow the fact that God’s plan used their bad intentions and actions makes it all ok.

Maybe it’s like he was saying “I know you thought you were doing evil, and that’s cute, but God had a plan all along and you were just pawns. So thanks for playing.”

I don’t mean to be so sarcastic there, but I guess that’s the only way my brain can process it.

Then Joseph died and like his father, he was looking towards the fulfillment of the promises.