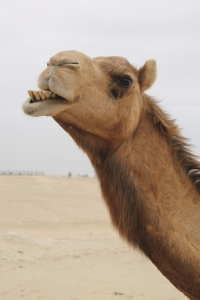 Jacob moves to Egypt and continues the life God has blessed him with: takes sheep (sacrifice), etc. Even despite the ridiculous blessing/provision in Egypt (basically Pharaoh owned everything from people needing grain), he still made them swear to bury him w/ his fathers.

Can you imagine the statues and such they’d make for Jacob when he died? The father of Joseph – the guy that saved Egypt. But pretty much the first thing he says when he gets to Egypt is: when I die, take me home.

Even when he meets Pharaoh he mentions his “sojourning” – he’s not home.

In 48, when he’s close to dying, he sequesters Joseph’s sons as his own. It’s like Joseph gets double-blessing like he’s the first-born.

But then Jacob blesses the younger as greater than the older. Joseph tries to correct him, but Jacob explains. Jacob knows a bit about the younger being greater… Joseph should also. God loves the underdog.

Also, it’s similar to how we expect God to bless in a certain way when He plans something different. We even try to correct Him at times.