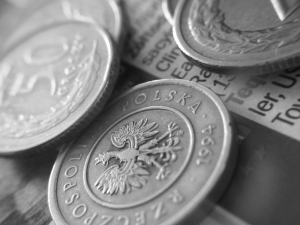 Chapter 33 has Jacob reconciling w/ Esau. Esau heads back to Seir to wait for Jacob who heads to Succoth and builds a house. I can see Esau sitting there asking a guy “We said Seir, right? He should have been here by now.”

Then Jacob heads to Shechem (city! re: Sodom) b/c there’s money to be made. He was suppose to be heading back to Bethel. What’s this going to lead to?

Well, Shechem (a guy, not just the name of the city… I’ve met people named Dallas, Austin, Denton, Aubrey,… I think there was even a San Antonio) rapes Jacob’s daughter, Dinah. Jacob’s actions have put his family in danger!

Shechem’s dad comes w/ him to make a deal for Dinah. Jacob’s sons (where’s Jacob?) agree w/ the condition that all the city’s men get circumcised – they’re using God’s sign of covenant and blessing as a weapon!

Shechem and dad convince the men of the city to do it so that Jacob will stay and they can inter-marry and trade. Seriously, what is the situation where you agree to this? Are they that poor? greedy? lonely? It doesn’t pay off for them.

Simeon and Levi kill all the males and take everything else (they have a price to pay for this later).

Chapter 35 has God, possibly frustrated or exasperated, telling Jacob: Get up, go to Bethel, where you were suppose to be going. Live there. Or possibly like he was a child “Okay buddy, let’s go to Bethel…”

They clean up (had some pagan infection) and go to Bethel. God reaffirms the Ab. Covt with him. Rachel gives birth to Benjamin and dies. Reuben lays w/ Bilhah (pagan power grab… some infections continued) and he’ll pay a price for this too.

All of this from Jacob going to Succoth instead of Seir/Bethel like he said he was. Stay on track! Don’t get distracted by money – you can’t serve two masters.