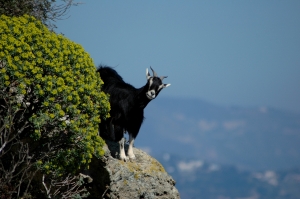 Isaac starts w/ the same promises from God of land, see and blessing, but then also starts with the same sin of lying to Abimelech about his wife being his sister.

Did Abraham not teach his sons from his mistakes?

Chapter 27 starts out w/ fellowship btwn the father and son (“My son.” “Here I am.”) but it’s to start plans to sneak the blessing to his favorite son.

But God already said (v25:23) that “the older will serve the younger.” Did he not believe?

Rebekah hears it and plans her own plot – did she not believe it either? They plan, deceive and lie to get the father’s blessing of his favorite son.

Esau was Isaac’s favorite so much that the blessing he winds up giving Jacob is everything. He wasn’t going to save anything for Jacob and now that’s what Esau gets. Esau now plans on killing Jacob.

Rebekah lies again to get Jacob sent away and she never sees her son again.

Not believing and/or trusting and/or obeying God, but instead playing favorites, caused this family to be fractured in every way. So much concern over who was going to get what instead of trusting God and loving tore them apart – it’s basically the last thing we hear of Isaac and Rebekah.