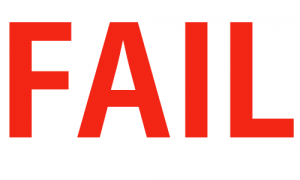 I don’t have some grand take-away from my failedit series. I will say you have to swing to get a hit so you have to keep trying. I’ve also heard that successful people not necessarily fail less than others – they just know better when to cut their losses.

Of course, in many of my cases, these weren’t really failures in all senses. They often didn’t live up to my hopes and expectations. But really the failure was in how I handled it. Ironically in some cases the main thing actually was a failure but the overall was good.

But Romans 8:28 (NIV) is still true: “And we know that in all things God works for the good of those who love him, who have been called according to his purpose.”

So hopefully we can look back and see the trail. And the end of the movie, you can see how the events good and bad lead the characters to a better place. And hopefully you’ve brought some others along. 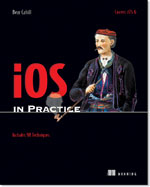 I have several other ideas I didn’t blog about for various reasons. These include other blogs I’ve started, my iOS development book, learning Swedish, playing guitar, fitness MLM, and others – failedit. I mostly just picked a few of the “hits” for this series. So maybe you could say this series is a fail because I didn’t do them all. Failedit. Nah.

Mostly the failedit was in how I handled things. And I feel in most of those cases it was how I got my focus off the main thing.

I’m far from giving up – currently I’m going a series on human lab experiments where I try something new for a month. We’ll see if I keep focus or “know when to give up.” I also have been playing guitar again and workin

g with a friend on a golf related game called STICKS.

So you could call it a “where are they now” or maybe a “what am I failing at now.” 🙂

STICKS has already been a success in that I haven’t lost focus and don’t have unrealistic expectations. In a sense, it’s already a win because it’s been fun, I’ve been able to work with a friend and it’s something I’m proud of.  We’ll see if it succeeds in more areas too!

I was largely motivated to write this failedit series after reading Don Miller’s “Storyline 2.0” – check it out!

Hopefully I’m due for a success. I don’t mean money or similar. I mean keeping my focus (or cutting my losses early). Or, like with STICKS, maintaining perspective in what something is meant to be.

I want to thank all those that have read these posts and sent encouraging and supportive comments. It’s not too hard for me to put myself out there like this, but it can be hard to drag up some old memories. Of all the public things I’ve done, I think this has resulted in the most positive response and that wasn’t expected.

Also, a huge thank you to my wife (and God who brought us together) for putting up with all these shenanigans and the guy who gets himself into them. She’s had to be along for the ride and in many cases was my partner in crime. On top of that, she’s had to go through all again with these posts.