I graduated from college in May, 1993. I already had a job lined up and set my start date to be a week or two after graduation. I wanted to give myself some time to have nothing to do before starting the rest of my life.

In my excitement and wanderlust tendencies, I decided to go on an open ended driving/camping trip… alone. I picked Big Bend since it was a significant park and probable the closest one of it’s kind: about 9 hours away driving.

My intention was to camp in the wilderness for about a week. Nothing but me, God and beautiful and hospitable nature. Ha! Oh, boy. If someone graduating college now told me this as their idea for a graduation trip. I’d chuckle, smile and say “Have a great trip!” Oh, youth.

Being overly ambitious, I packed a variety of things that wound up being foolish if not harmful. Mainly three categories: food, water and books. Seems harmless enough, right?

I bet that thing could tell some harrowing tales of bear fights and snake dinners.

I bought a bunch of dry or dried foods: nuts, granola and spinach, I think. I packed them in baggies and sucked out the air to make them as small as possible. I bought a big plastic water tank – I think it was 3 gallons. And I packed the equivalent of a respectable Bible scholar “starter” library. Like five or six reference books: concordance, Bible dictionary, etc. You know, the heavy ones. Here we go!

The park opened at 9am so I decided to leave Denton, TX at midnight and get there as it opened. What could go wrong? Actually, nothing did. I think I went to bed early that night (basically a nap) and go up around midnight. I drove the whole way there and it was fine. No fail yet.

I checked in at the park station. Since I was going to camp in the wilderness, they took a foot print of my boot in case they need to track me after going missing. There’s a confidence builder. I studied the map (it was ’93 – no smartphone GPS… no phone at all). Graduation camping!

I figured out where I need to drive to and start my hike into the wilderness. I drove up, parked, got out my portable cafe-library and started hiking down the trail. 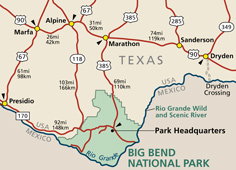 Remember, this is far south Texas in May. It’s a tad warm. Of course, going wilderness as I was, I wore long pants and long sleeves. I think it gets cold their at night. And my pack was like carrying a large child on my back. A child with a metal frame… carrying a tent.

But I was full of energy from all the sleep I didn’t get. Let’s light this candle!

As I’m hiking down the “wilderness” trail, I saw a good number of people walking back the way I came. They had on shorts and sandals and such. I assumed they were just hopefuls that wanted to see how us wild men live. They went down the trail far enough to know better and came back.

It was more beautiful than any art, more impressive than any engineering and more massive than… anything I’d ever seen.

I imagined they looked at me with a sense of “he knows what he’s doing.” I assumed they saw my pack and thought – I bet that thing could tell some harrowing tales of bear fights and snake dinners.

On I went, proud of all my decisions… but the pack was getting heavy. The heat must have been making it heavier somehow. Or maybe my 9 hour drive over night wasn’t as restful as I thought. I didn’t want to take a break because taking off that pack and putting it back on wasn’t fun. I kept going. 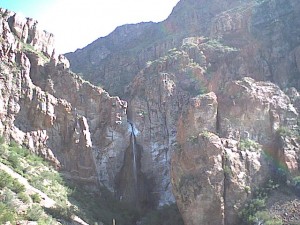 Eventually, the trail narrowed between rock walls. Um, where’s the wide open wilderness? It must be just past this really narrow spot… down the water fall?

Jaw drops, pack comes off and here I am pouring out 3 gallons of water than I refuse to carry back. Ug. I was worn out, hot, and hungry. Despite the spinach being dry, hot and nasty, it was surprisingly NOT satisfying. Imagine. The nuts helped.

So apparently I read the map wrong and headed down a scenic trail as opposed to the wilderness trail. No big deal, but no camping was going to happen here. I was on the equivalent of a sidewalk as far as parks go.

In shorts and no pack, this would be a breeze. A nice little stroll in nature with a trickling stream and a big payoff waterfall ending. For me, it was like running 10 miles away from home: you have to go back too.

I started hiking back with my lightened pack. I wasn’t sure what I was going to do, but I only cared about getting back to my car. It’s funny because, what good is my car going to be. I guess I could run the A/C for a while???

I don’t remember much of the hike back other than just before you get to the parking lot, there’s an incline. In my memory, it’s a 2000 foot ascent up a 75 degree incline. Something like that. Long-pants were a bad choice.

My shoulders are screaming with my oh-so-hip vintage army pack complete with padless-extra-abrasive should straps. I literally am stepping one foot, pausing a few seconds, next food, pausing and so on. About half way up the incline, as I’m being passed by a few singing kindergarteners, I consider dropping my pack and coming back later for it… or just leaving it as a cautionary signpost.

I get to the car and collapse-lean on the back to relieve my back. A banana in a plastic shopping back hits the black bumper and melts with a sizzle. Did I mention it’s southern Texas in May?

But I was full of energy from all the sleep I didn’t get.

I find a pavilion cover and rest. Somehow I setup my tent. I spread out my sleeping bag on a picnic table and pass out. Since that time, I wonder how dangerous this really was. I’m confident I had heat exhaustion or heat fatigue or heat something. It was 3 o’clock in full heat and in my pants and everything I slept like a baby on a picnic table. Ah, nature.

I woke up and it was getting dark so I moved into the tent and went back to sleep.

Despite this wonderful beginning, I didn’t stay in Big Bend the next day. I was pretty deflated. Imagine that. Isn’t this how all Big Bend experiences go? 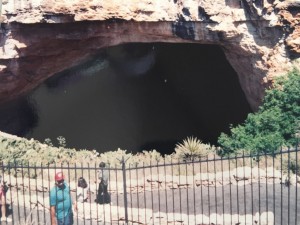 I decided to leave – didn’t know where, but not there. I wound up going to Carlsbad Caverns and zombied that experience. It’s a bit hazy. I think I still had heat stupor (medical term) or similar. I decided to start heading home… defeated.

I got a hotel room that night and I think I watched “K12” with Stallone. #failedit

After the fact, it makes for a fun and funny story. It’s a classic overly ambitious story and delusions of a wanderlust kid thinking he’s living in a movie. I was naive, foolish and ignorant to what I was getting into. Honestly, I’m fortunate nothing bad happened to me. Mountain lion signs around Big Bend scared me a bit.

I imagined they looked at me with a sense of “he knows what he’s doing.”

Sleeping in the tent produced it’s share of scary “visitor” sounds. My camera flash didn’t scare of the beasts: some type of tiny boars. Javelinas?

One really amazing thing did happen during this trip. Because my sleeping was so messed up, I woke up in the middle of the night in my tent. I looked out my mesh tent window but I couldn’t focus my eyes. It was like I couldn’t see past the mesh. My eyes were playing with me. It scared me a bit. 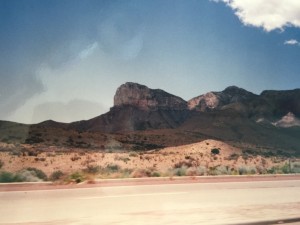 I got out of the tent and figured it out. There were more stars in the sky than I could ever imagine. It turns out, I happened to be there during of the best times possible to see stars – there was no moon out and that area is elevated.

I could not find a spot in the sky without a star. I think there were more stars than space between the stars. I’d never seen anything like that before or since. It’s a marvel I think about often and have never gotten over. It was more beautiful than any art, more impressive than any engineering and more massive than… anything I’d ever seen.

Despite my failure of my hike, my camping, my reading or anything else, God was there and He had something for me to see. I was overwhelmed and felt very, very small. Anything to remind me this life isn’t about me is a good thing.

If you’ve seen something like this, you know what I mean. If you haven’t, I can’t accurately describe it and no picture could do it justice, I’m afraid. Look at the beach at night and imagine those grains of sand are stars. It pales, but you get the idea. Just phenomenal. 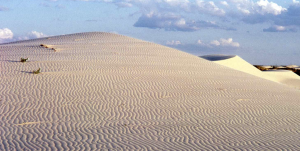 On my drive back home, I somehow saw and stopped by the white sand dunes of west Texas. It was in the evening around sunset. And right in the middle of what you’d expect to be tumble weeds and barb wire, was this oasis of white sand. At this point, I just gave in and assumed the world is nuts and I’ve lost my mind. Maybe I went the wrong way again and I’m near the ocean.

I hadn’t spoken more than a few words in a couple days now and was feeling pretty slowed down. Just looking at these dunes was the epitome of peace. It was somehow cool and breezy and I just stared for a while. Life in slo-mo.

Life, they say, is what happens while you’re making plans. I get it. It doesn’t go the way you want. If it does, I’m not sure that’s a good thing. This trip was FAR from what I hoped, wanted, planned or expected. I failed to do what I wanted.

Anything to remind me this life isn’t about me is a good thing.

I’m not going to say “it wasn’t what I planned and it was so much better.” It wasn’t. But I made it, I got to do and see some things I didn’t plan or expect. And it taught me to both be a little wiser, but also to expect things to not go how I want.

Life happens. Change comes whether we want it or not. Every time I’ve decided to park it and stay at a job, the job leaves me. I’m not doing or am where I thought I’d be at this age. That’s not good or bad, but it wasn’t what I expected or planned.

Many people say when you look back, you can see a rhythm or a trail. Probably so. But I think the best way to go is to find someone who you trust a follow them. Find a team of people you love and go together. Hopefully then, it’s about the journey and the destination will be a logical result.