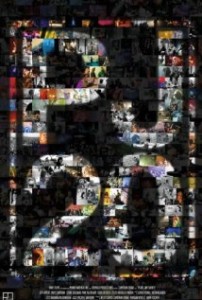 I recently watched “Pearl Jam 20” and “History of the Eagles Part One” – both are great.

Like pretty much every band documentary, they fumble around, make it big, can’t handle it, members leave, drugs, sex, etc.

Of the many things that struck me, the lack of wise counsel is evident. Of course, when a band is young, a large part of the whole idea is that they’re going to do their own thing. After all, they’re young so they know it all.

Well, they soon get overwhelmed, lose control of the art, are forced to do things they don’t want, etc. Like w/ sports and other high-profile fame professions, who is watching out for these guys? No one.

Fortunately, for Pearl Jam, they met Neil Young who told them, ironically, to just stop doing it. So the band that wanted to go their own way wound up doing what they were told anyway, only they were being told by the worst people in a sense: the record label.

I’m confident insecurity is a big player in all of that – they do everything they’re asked/told to do when success is on the line.

But I think it’s a universal life lesson that people need those who have gone before them to show them the way. It’s true pretty much across the board. Not that others should tell you how to live, but… at least… if you don’t know history you’ll be doomed to repeat it.

3 Responses to "Band Documentaries – They’re All Pretty Much the Same (Pearl Jam, Eagles)"